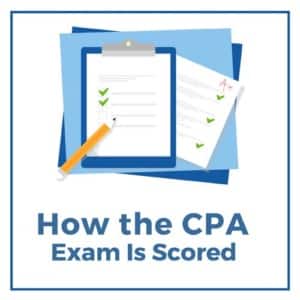 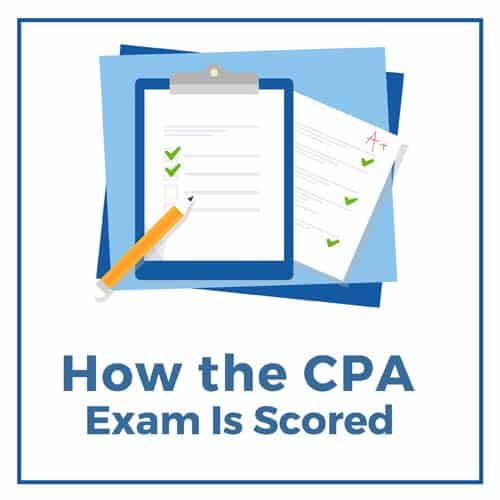 Passing the Certified Public Accountant exam requires a score of 75, which is gained in a rather complex and interesting manner. But how does the National Association of State Boards of Accountancy (NASBA) calculate this score? Is it 1-to-1 per question or are the exam sections weighted differently? We’ve gathered the information on how the CPA exam score is calculated directly from the AICPA. Keep reading to learn more!

To fully understand how the CPA Exam is scored, it’s necessary to know how the Uniform CPA Examination is actually structured. You’re undoubtedly aware of the four sections comprising the CPA Exam: Auditing and Attestation (AUD), Business Environment and Concepts (BEC), Financial Accounting and Reporting (FAR), and Regulation (REG). Each section uses multiple-choice questions (MCQs) and task-based simulations (TBSs) to test your knowledge and skill. Additionally, BEC has a section for written communication (WC) questions.

But one of the most complex elements of the testlets, and the MCQs, is the variable difficulty rating of each question. The testlets themselves are divided into medium difficulty or difficult difficulty. Each question is then given a different value based upon the difficulty of the question. CPA candidates all start with a medium testet, and, depending on how you did, you progress to a more difficult testlet or continue along with another medium ranked testlet. This is the “routing” component of the exam, a concept of which you have probably heard.

This multi-stage testing is specific to the MCQ testlet; TBS testlets and the Written Communication testlet are not subject to this variable difficulty nor are they affected by performance on the MCQ testlets. However, the TBS testlets contain one pretest question. Below is a diagram to help illustrate how performance impacts testlet selection.

It’s important to realize how this structure works so you can adequately prepare and set your mind at ease while studying for the exam. After you take your first section of the CPA Exam, you’ll also have a greater feel for the progression. All things considered, with regard to how well you studied, you want the difficulty of the questions to increase from one testlet to the next. If this happens, it’s an indication that the candidate performance is strong, demonstrating a higher skillset than if the questions remain the same in terms of difficulty.

However, don’t try to figure out which of the testlets you’re getting during your testing window. It’s silly to waste time and brainpower determining which route you are on. Let’s breakdown the statistical characteristics, as this helps further color in the edges of a somewhat confusing picture of the MCQs. Each question is described by three statistics. The first is difficulty, which is simply whether the question is generally easier or more difficult to answer for candidates. Next is discrimination, which is determining how well the question differentiates between candidates and their overall abilities in regards to more or less capable. The third statistic is related to guessing, which determines the chances of candidates answering the question correctly through guessing. The data for each statistical analysis of each question is derived from the question’s use as a pretest question. Every operational question that is graded has gone through the pretest statistical process. This process is known as Item Response Theory and is used in nearly every large licensing examination program in the United States.

How well the question differentiates between candidates and their overall abilities

Chance of candidates answering the question correctly through guessing

Each section of the CPA Exam now includes task-based simulations to further test candidates for their ability to demonstrate their skills in generating responses to questions instead of simply selecting correct answers. The software used in the exam allows candidates to research authoritative literature and utilize spreadsheets to solve real world style problems.

As previously mentioned, there is one pretest TBS for each section. And just like the MCQ testlets, each TBS is rated for difficulty to allow for a fair and consistent scoring. It’s worth mentioning that a good strategy overall, is to make sure you manage your time during the MCQ testlets so that you’ll have plenty of time for the TBSs. There are far fewer TBSs than MCQs, so ensuring you answer all of them to the best of your ability is vital to passing the CPA Exam.

How the CPA Exam Is Graded

You must achieve a minimum score of 75 to pass the CPA Exam. 75 is not a percentage score of how many questions were answered correctly and should not be interpreted as such. The range of the sliding score is 0 to 99. The total score in each section is a weighted combination of scaled scores from the MCQs, TBSs, and WCs. The scaled scores are determined from the value accumulated from the previously mentioned statistical characteristics of each question.

For the written communications, most are graded by a computer grading program that is calibrated by human scores. Some cases will require responses to be scored by humans who are CPAs. If you have a score that is close to passing, your written responses will be checked again by humans. Each section of the CPA Exam has equal weight, but within each section of the exam there are different weights attributed to the type of testlet. For all sections of the CPA Exam, MCQs are weighted at 50%. For AUD, FAR, and REG, the TBSs are weighted at 50%. The BEC section of the CPA Exam gives the TBSs a 35% weighting and the WCs a 15% weighting.

”Each section of CPA Exam has equal weight, but different weights are attributed to the type of testlet”

That’s quite a bit of information on how the CPA Exam is scored and it’s not exactly super straight forward. In the end, try to keep in mind that the much sought after score of at least 75 is not a percentage of how many you got right. It’s based on the value of each question. So if you walk into the exam fully prepared for each section, you want the questions to continually rise in difficulty. This means you are correctly answering questions and are demonstrating higher capabilities. The MCQs are half of your CPA score, so don’t spend more than half of your time on them. This is a common mistake and can leave you rushed for the TBSs and WCs at the end of the exam. And since there are far fewer of those, it’s vital to have enough time to answer them all completely and to the best of your ability. So when you’re studying with your CPA test prep materials all those hours to learn everything you need to know for the CPA Exam, remember that how you take the test is just as important for passing.

How to Get Your CPA License 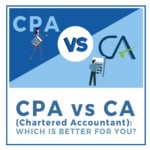 CPA vs CA (Chartered Accountant): Which ...

Does it Matter if I Barely Passed the CP... 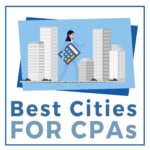 Should I Get a Tutor for the CPA Exam? 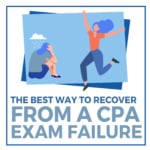 The Best Way to Recover from a CPA Exam ... 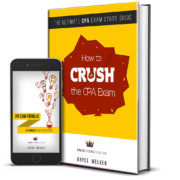